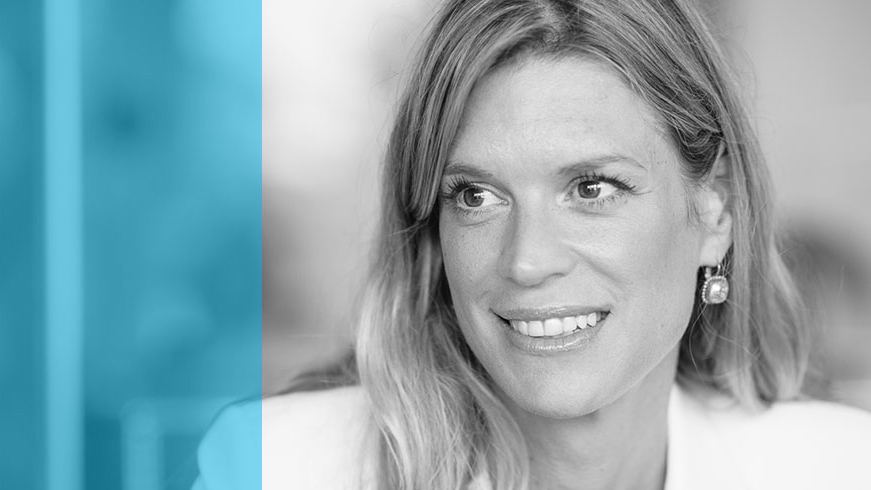 elipsLife echo: Ms Schildknecht, let us into your secret. How do you manage to get A-listers like Diane Keaton and Sean Penn to come to Zürich?

Nadja Schildknecht: When they're in Zurich, our guests need the opportunity to network with their peers. We do everything we can to ensure they leave the city with pleasant memories. Of course the trip to Zurich has to be worthwhile from a business angle as well. Producers, directors and actors come here to showcase their movies to the public. And they're all keen to have as much written and spoken about their films as possible. Because the world media are on hand in the city, the movie industry has come to rate the Zurich Film Festival very highly.

The 2015 Zurich Film Festival is now into its eleventh year. Why do you think it's been so successful?

I believe the best way to stay successful is not to harp on about it. We always do our very best, analyse what we've accomplished and constantly strive for improvement. It sometimes bothers me a little when I hear the statement that the Zurich Film Festival is a success, even though it's gratifying of course when we get praise like this. It just steps up the pressure on us. Every year, people expect more which, seen from the outside at least, is all but impossible to achieve. Really nerve-wracking are the final weeks before the actual event, when you're putting the finishing touches to the overall programme, when all the pieces of the puzzle that you've been working on all year begin to fall into place. I can assure you that the last thing on your mind during this phase of hectic activity is a feeling of success.

Does the Festival's rapid growth mean that it has now reached its limits? Or put another way, where are its actual limits?

It's not our goal to attract an ever increasing number of movies and guests to Zurich but rather to maintain the quality of the event. This is most important. We're already showing 140 movies and flying in over 500 guests from abroad, all of whom need looking after while they're here. I'm always asking myself whether what we set out to do is financially feasible at all. Every year we have to tailor our budget to the prevailing economic situation. And we also need to ensure that any new ideas or goals we might have are not going to overburden our team members, even though all of them are eager and ambitious. We set great store by growing organically. So I can't really say where the limits are. What I do every year, in consultation with my business partner, is to fix new limits for each Festival.

How does the Zurich Film Festival position itself compared to Locarno?

From a competitive point-of-view, our focus right from the outset has always been on young talent that is to say on the debut movies, and up to the third work, of young directors. Meanwhile, however, Locarno has also been devoting strong attention to this sector. That said, in respect to films, we do not compete directly with Locarno since it mainly concentrates on movies due to be shown in the summer months while we focus on those slated for the fall. When it comes to funding questions, however, we certainly do compete with Locarno. The subsidies paid by the federal government vary quite considerably as you know. This is a delicate and highly political issue.

… and what about internationally?

Internationally, the London Film Festival is a major competitor. It opens its doors immediately after our event and targets the very same European premieres. This is tough for us because London is a very important market for the film-makers and they can't afford to pass up this venue. So we naturally need very compelling arguments to convince producers to come to Zurich first. Sometimes we win and sometimes London does.

Despite its success, is the Zurich Festival still regarded as a newcomer by the competition?

Internationally, we're still a young festival of course. There are many festivals out there that have existed for several generations already. But we have developed rapidly and after only a few years have already built up a solid reputation. We are very well known in the international motion picture industry.

The Locarno Festival receives CHF 1.5 million in taxpayer cash, the Zurich Festival only CHF 150,000. How do you manage to raise the funds for your 7 million budget despite the only modest subsidy from the state?

We secure the finances we need by way of our sponsors, foundations and patrons, as well as through ticket sales. Government subsidies help a little too. Our sponsors are thrilled with the Festival because it gives them the opportunity to support the cultural life of the city and, at the same time, provides a platform for their marketing initiatives. Our hospitality events are also a big hit with their clients. Nonetheless, we are now up against our limits since our contracts of course contain numerous exclusivity clauses, in line with customary market practice. This fact makes it difficult for us to realise the budget volumes that other, larger festivals can achieve. For example, the Berlinale can depend on a budget of CHF 17 million; Locarno raises CHF 13 million, several millions of which come from the federal and canton governments. These numbers highlight how difficult it is to stage a big-ticket international film festival when you only have a budget of 7 million at your disposal. We have to think twice before spending money and negotiate as hard as we can to get the best bang for our buck. We are helped by the fact that we work in a very efficient, lean organisation.

You are a successful entrepreneur. What do you need to build a thriving business in your view?

It's important that you never throw in the towel. If you don't succeed the first time, you pick yourself up and learn from your mistakes. And to do this, you need stamina and lots of energy. An additional key quality is the ability to win over and motivate people. I rely on goodwill from many different sources - from sponsors, patrons, our team members, volunteers, visitors and foundations. If you can't generate enthusiasm, your company loses momentum. And it's also vital to keep strict control of your finances, something which at the launch of a start-up is often neglected.

Insurance undoubtedly plays a significant role in any film festival. How is the event itself and the visiting film stars insured?

Each guest has his or her own insurance coverage. We clarify these matters either with the representatives and agents of the people concerned or directly with the guests themselves.

Making provisions for old age is probably not an issue for high earners like Jonny Depp or Richard Gere. But how important is retirement provisioning for the majority of actors who don't manage the big breakthrough?

You work, earn money and put aside a certain amount so you have something for your retirement, a modest financial nest egg. It doesn't matter whether you're an actor or not, we're more or less all in the same boat here. We don't know what the future holds. This is where each of us has to assume personal responsibility and make sensible choices. I know people who have closed their pension savings accounts and used the money to buy a home. I've always been a good money manager and have always put something away for a rainy day.

Meanwhile the Festival has around 20 full-time employees, 40 part-timers, and during the event hundreds of volunteers. Is the topic of retirement provisioning relevant when you hire new people, for example in respect to an attractive company pension scheme?

To be honest with you, it's not. This is mainly because we appoint a lot of young people who are looking to gain their first experience of professional life. So they're not especially interested in saving for their retirement. As employers, we are of course duty-bound to raise this topic when we appoint new people. But I've never experienced anyone making their decision to join us, or not, dependent on the retirement benefits we offer.

What's your personal view of the standard of occupational benefits in Switzerland?

I think the three-pillar system in Switzerland is very good. Compared to other countries, our country's approach clearly ensures that fewer people fall by the wayside so-to-speak. Switzerland maintains its healthcare and retirement benefits system at a very high standard. It is strongly embedded in our society. It entails certain obligations on the part of all citizens but also gives them a large measure of personal responsibility. The system is obviously successful because the topic of social security has now become a matter of course.

What are the hot topics with respect to occupational benefits in your view?

Are we going to get back what we've been paying in? Are all my contributions going to be worth anything when it comes to receiving my pension? Moreover given the current economic situation, I wonder how the pension funds are managing to generate returns on their investments at all.

You've already broached the subject: pension funds are facing tough times, above all as a result of our ageing society and low interest rates. Are they – and indeed all of us – going to be victims of benefits promises that can't be financed?

I believe the danger does indeed exist. But the topic isn't new. I remember very well how we discussed demographic developments while I was still in school. What's going to happen when increasing numbers of older people reach pensionable age and, at the same time, ever fewer young people are paying in pension contributions? It stands to reason that this situation is just not sustainable. When we actually reach the tipping point depends on many factors – demographic, economic, financial and political. It's a thorny subject for which even the experts have yet to find solutions. The danger that benefits will have to be adjusted still more, i.e. cut back, is a real one in my view.

Cutting back on benefits looks to be inevitable and the proposed changes to the retirement and pension system are pointing in this direction as well. What's your take on the planned raising of the pension age for women to 65?

If women are to be treated consistently in the same way as men, then this principle should also apply to their pension age as well. That said, I would only support raising the pension age for women provided they receive equal treatment in other fields as well, such as the pay they receive for the work they do, their position in corporate hierarchies and the job opportunities available to them.

Personal Profile
Nadja Schildknecht
Managing Director and Co-Founder of the Zurich Film Festival (ZFF)
Having gained qualifications in business management, Nadja Schildknecht embarked on a successful career as an international fashion model. In 2005, at the age of 32, she founded the Zurich Film Festival in company with Karl Spoerri and Antoine Monot Jr, an enterprise which very quickly grew into an event of international proportions. As Managing Director and Co-Director of the festival with responsibility for finance, marketing, sponsoring, PR and event management, Schildknecht is a major driver of the festival's growing success. She is a member of the Managing Board of the Zurich Film Festival "Donor Verein" (Donor association), President of the Festival's "Supporter Verein" (Supporters' association) and a member of the "Beirat Generation CEO" (Generation CEO Advisory Board). She is also a regular guest speaker at business academies on the subject of corporate start-ups, company management, marketing strategy, brand development and sponsoring.