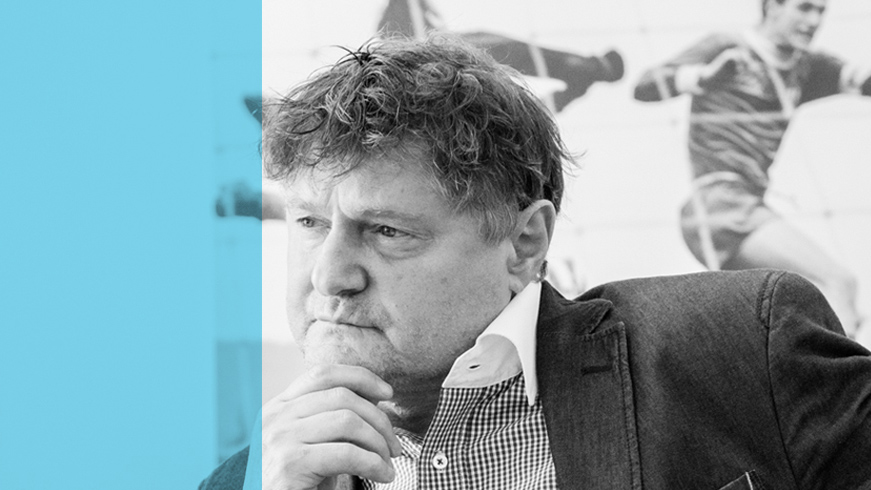 Companies in the business world usually measure their success against their net profit. A football club, on the other hand, measures success in points and titles. How does FC Zurich maintain the balance between pressure to achieve success in sport and economic constraints?

This question neatly sums up our greatest challenge and shows the difference between a football club and a normal business enterprise. In a normal company, you can usually achieve your targets relatively exactly by the end of the year with good planning and a clever budget. You know that the targets will be more or less met if nothing dramatic or extraordinary happens. A professional football club, however, is always under the shadow of a big unknown, i.e. whether the club will experience success or failure in sport. This is the big factor influencing the business performance of the club. If you’re successful in sport, ever more spectators come to the stadium, you sell more merchandising products, the players have more market value, bigger transfers can be made, the club earns premiums and can take part in European and therefore more lucrative competitions, and so on. Success in sport means greater economic stability. If there’s no success everything moves in the opposite direction: no spectators, less income, fewer sponsors, fewer transfers. This quickly leaves a financial shortfall. In the past seven years I’ve experienced both scenarios. What also makes things difficult in Switzerland is that there’s little money from television — just a fraction of what foreign clubs generate in television income ...

... so what’s the share of television income of the total income generated by FCZ?

Formulated somewhat harshly, I would say that the income in a civilised country is divided into three parts: one-third comes from the spectators, one-third from marketing and sponsoring, and one-third from television, but in Switzerland, television accounts for only 5 % of our income. This makes the situation very difficult and worsens the financial situation of the clubs. We’re forced to look for ways to compensate for this shortfall, but there are only two alternatives: participation in the European Champions League and Europa League competitions, or transfers. Zurich is also a pretty difficult place. On the one hand, competition in the event arena is extremely intense, and on the other hand we’re limited by the stadium. We don’t have a typical football stadium, because Letzigrund was originally built as an athletics stadium. This dampens the atmosphere, but most importantly, there are very few VIP seats compared to other stadiums. We only have 312 VIP seats at Letzigrund, compared to 2000 to 4000 lucrative VIP seats at other stadiums in Switzerland. FC Lucerne, for example, earns between CHF 4 and 5 million on their VIP seats. FC Zurich does not have this source of income.

FC Zurich also sells many fewer season’s tickets than, say, FC Basel. Why is this?

The Zurich audience is very demanding, and apart from FCZ we also have a second football club in the first league with GC. But it’s true, I feel sad when I look at Basel or Berne. In the Champions League against Real Madrid we had requests for more than 200 000 tickets, and more than 100 000 against FC Bayern Munich. But when we play against FC Thun, and this is not meant to denigrate FC Thun, only a few thousand people want to see the game. FC Basel, in contrast, also have 28 000 people in the stadium watching a home game against FC Thun. We sell between 6000 and 7000 season’s tickets, but Basel sells 25 000. This is the big difference.

Seen against your professional background as a member of the Executive Board of Ernst & Young: what do you think are the ingredients for entrepreneurial success?

The most important things are the quality of your staff and management, in particular second- and third-level management. While I was at Ernst & Young and also while participating in numerous projects, I noticed that it always depends on the people. Specifically in the SME sector, the quality of the management team is decisive. I met many excellent managers in my time there. Identification with the company, the employees and the products in the SME sector is impressive. But when managers only feel like employees and don’t put much passion into the business, the results are less good.

Companies spend much time identifying the needs of their customers. Is this also true for a football club?

Yes, this is particularly true for a football club. We’re in the public eye every day with everything we do or don’t do. We also play every weekend and have to prove our ability to perform every weekend. Companies listed on the stock exchange publish their figures and results once every quarter, and in between they are more or less left in peace. A professional football club is never left in peace and is always the centre of attention. Of course, we want and need the public to support our work and our success, but this situation doesn’t make daily business any easier. There are also projects that need to mature quietly and shouldn’t be exposed to the limelight. The needs of the customers are the central theme in everything we do — whether this concerns the battle about standing room at Letzigrund, transfers that may not be well received by the public, or the prices of tickets.

What links or similarities between a football club, an auditing company and an insurance company can you think of?

It’s difficult to compare a football club to an auditing company or an insurance company. The differences with regard to predictability, public relevance, framework conditions and positioning are simply too big. Auditing and insurance, however, share one feature: both provide a service. The big difference lies in the fact that an auditor can basically only charge the hours that he has worked, while the insurance company can earn money not only on its services, but also on the capital markets.

Insurance issues are very important, not only for transfers but in general. FCZ pays insurance premiums running into seven figures, with the focus falling on accident insurance. The risk of a player being injured is relatively high and an operation and the subsequent rehabilitation phase can be very expensive. FCZ has taken out insurance cover for this. To this must be added the supplementary insurance cover taken out by the individual players. We always encourage our players to look into all aspects of insurance. To this end we also work with professional insurance experts. We’re also active in the field of retirement provision and try to encourage the players to think about this at an early stage. But we mustn’t forget that many of our players are very young — and retirement provision isn’t really important to a 20-year old. This is also true for other professions.

So the risk of injury takes centre stage. Are there other insurance aspects that also play a role?

From a business point of view, injuries preventing a player from playing are also a risk with regard to possible transfers. As I mentioned before, transfers are an important source of income. If things go well and a player is successful, more money can be earned on a transfer. If a player cannot play for a while because he’s injured, the salary payments are insured but in a worst case scenario his transfer value could drop to zero. The transfer values can, of course, also be insured, for example with Lloyds in London, but the premiums are horrendously high.

How does employee benefits insurance work for a professional footballer?

As for all other employees: the contributions are deducted from their salaries.

For foreign players, too?

Yes, even if most of them only live in Switzerland for a few years and aren’t particularly interested in the employee benefits rules that apply here.

With what pension fund are the «other» employees of FC Zurich insured?

All club employees, including the active players, are insured with the same pension fund.

Does the pension fund play any role in strategic business decisions by FC Zurich?

To be honest, no. Such decisions have much more to do with daily business. We’re much more concerned with questions concerning the accident insurance for our players.

Politically speaking, retirement provision has always been a very thorny issue. What developments in the employee benefits insurance do you expect in the next three to five years?

I’m no insurance expert and really can’t make any predictions in this regard. Personally, however, I always made full use of the options for one-off contributions in my previous professional life. This was interesting from a tax point of view, and also meant that the money was sensibly invested. Even though it might sound a little cynical, I think it’s better not to have to rely entirely on the AHV when you’re old, but to also provide for your own future. I always tell our players that they should think about their pensions at an early stage rather than buy some or other expensive toy.

If you could give the pension funds in Switzerland some advice today, what would you tell them?

As I said, I’m not a pension fund expert, but what I noticed during my years in the auditing sector is that there’s a large number of small pension funds. I would say that it would make sense to combine the power, structures, professionalism and investment skills of these small pension funds. There are too many small pension funds who often also find it difficult to manage their assets. I would reduce the number of pension funds and invest more in subject expertise. I would also increase supervision of pension funds, as were some very odd scandals in the recent past where I had to ask myself how this could possibly have happened. We should always remember that this involves money for which the employees worked very hard and not just some money generated by the financial markets.

Personal Profile
Ancillo Canepa
President of FC Zurich
Ancillo Canepa, 1953, grew up in Rüti (ZH) and is a qualified economist and auditor. From 1976 to 2006 he worked for Ernst & Young where he headed the Mergers & Acquisitions department from 1992 to 1998. From 1998 to 2006 he was the head of the Auditing department and also sat on the Executive Board. Ancillo Canepa has been a member of the Board of Directors since the end of 2005 and full-time President of FC Zurich since 2006.